NOTE: This is part 2 in an ongoing series detailing my rocky road to getting published. My hope is that you will be encourage by what you read and learn from my mistakes. Part 1: Meeting you is linked here http://www.mcmurraymuses.com/2018/03/getting-published-part-1-meeting-you.html

Now on with it!

I first met John after he'd spent the day skirmishing with Confederate troops. He sat on a fallen tree, hollow eyed and exhausted with sweat dripping from his brow. I hadn't witnessed the battle, arriving just as the last of the gun smoke melded into the haze of a sticky June evening. The young soldier, clad in the Union blue, was pensive. I breathed in deep, then took a seat beside him. My nostrils clenched up immediately. The boy stank to high heaven!  Of sweat, gunpowder and blood. I gagged and coughed but the soldier didn't notice, he was lost in the setting sun.  The way he watched the slash of dying light across the horizon, regarding the shifting of color with a kind of reverence often reserved for a communion service, warned me not to intrude with words. I knew what was on his mind though, or I should say, who was on his mind. A girl---his girl---Sara.

And then I was back in a windowless basement classroom and John was gone.

But not forever. That brief moment, would be the first of many spent with John as he and his fellow soldiers hunted a dangerous band of guerrillas along the Kansas-Missouri border during the American Civil War.

In the Spring of 2007 I wasn't thinking about writing a book or telling that story. My mind was elsewhere (like finishing my teaching degree, getting married, dinner) but the image of that weary, young soldier lingered until one summer night I cracked open my laptop and began to write.

I wish I could say that words flowed onto the page like my fingers were streams of literary awesomeness, but that would be dishonest. The first night produced one opening paragraph, pretty much the moment described above, but when I finally hit the save button and closed my computer after a few hours of work, I felt like I'd actually achieved something. I enjoyed it.

I hung out with John off and on that summer even after I got married and though he was a little awkward and shy I learned that he was a very loyal friend and a lethal soldier.  After a year I had several chapters and I started to believe John and I really may just finish this tour of duty.

But then this happened! 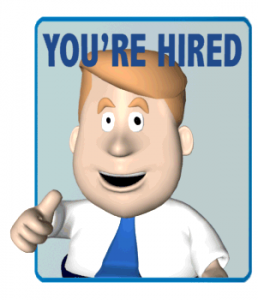 At the same time.

And John faded into the background...until January of 2010, when I needed him the most.

The recession and housing crisis had taken it's toll on my school district's tax base and budget cuts had to be made.

It was then in the midst of another sleepless night that I cracked open my laptop and said hello to an old friend.  John's problems (and there were many) proved to be a worthy distraction from my own and I'd soon written several more chapters.

Though my life was super busy, I didn't stop writing this time. In between toddler chasing, lesson planning, ball coachin' and dirty diapers, I found time to hang out with John and after nearly 5 years of guerrilla warfare---I mean---writing, we finished our tour of duty in late 2011.

John's story isn't pretty, there's too much telling rather than showing, the dialogue is stilted, it relies too much on flashbacks and not all the characters are fully developed. I'm still proud of it though. In spite of its flaws, that book is probably the most important piece of fiction I've ever written for one simple fact:

I proved to myself that I could actually write a book.

So if you're reading this and you're thinking about writing a book, do it!

If you're bogged down in the middle of a book, push through and finish it!

If you've written a book and you're trying to get it published, don't give up! Persevere!

That was the greatest lesson John taught me. To persevere to the end and though it wasn't easy, I'm glad I did.

ON THE NEXT EPISODE:

Fresh off the completion of his first novel, intrepid wannabe author, Sean McMurray, falls in with an ex-spy seeking vengeance for his wife's brutal murder. Will he survive?..

Yes. Yes he will.

But will he gain new literary insight?

Tune into "Getting Published Part 3: Eye Spy" to find out!


Thanks for reading! God Bless!